With the Fame Koa Standard Fame presents an acoustic guitar made entirely of Koa wood in Grand Auditorium construction. The Hawaiian acacia wood, known from ukulele making, not only impresses with its impressive grain, but also with an amazingly warm and open sound. For additional playing comfort, the Fame Koa Standard has been equipped with a comfortable armrest for the right arm, while the particularly wide cutaway allows easy access to the highest positions of the 20-fret walnut fingerboard. Thanks to the Fishman Sonitone pickup system discreetly housed in the sound hole, the Koa Standard is also well equipped for use on stage and in the studio and presents appealing visual appointments made of high-quality materials such as padauk and abalone. The Fame Koa Standard combines classic Koa sounds, comfortable handling and appealing optical details.

GA body made of koa with armrest

With its basic construction of koa wood and a solid koa top, the Koa Standard appeals to a variety of playing styles. The tropical hardwood is known for its focused and open tone with amazing projection and offers especially fans of fingerstyle a suitable tonal foundation. For maximum playing comfort, the GA design features an armrest emerging from the abalone and padauk binding to ensure a comfortable rest for the right arm at all times, even on longer sessions. 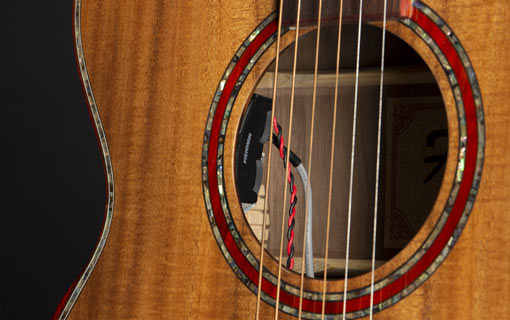 Those who want to amplify the Fame Koa Standard on stage or make uncomplicated recordings can confidently rely on the integrated Fishman Sonitone pickup. The pickup system of the market leader skilfully translates the sound character of the instrument and can be used with a variety of devices such as mixers, amplifiers and even effects units. Here, the control panel of the system was discreetly hidden in the sound hole, avoiding additional cuts in the frame of the Koa Standard 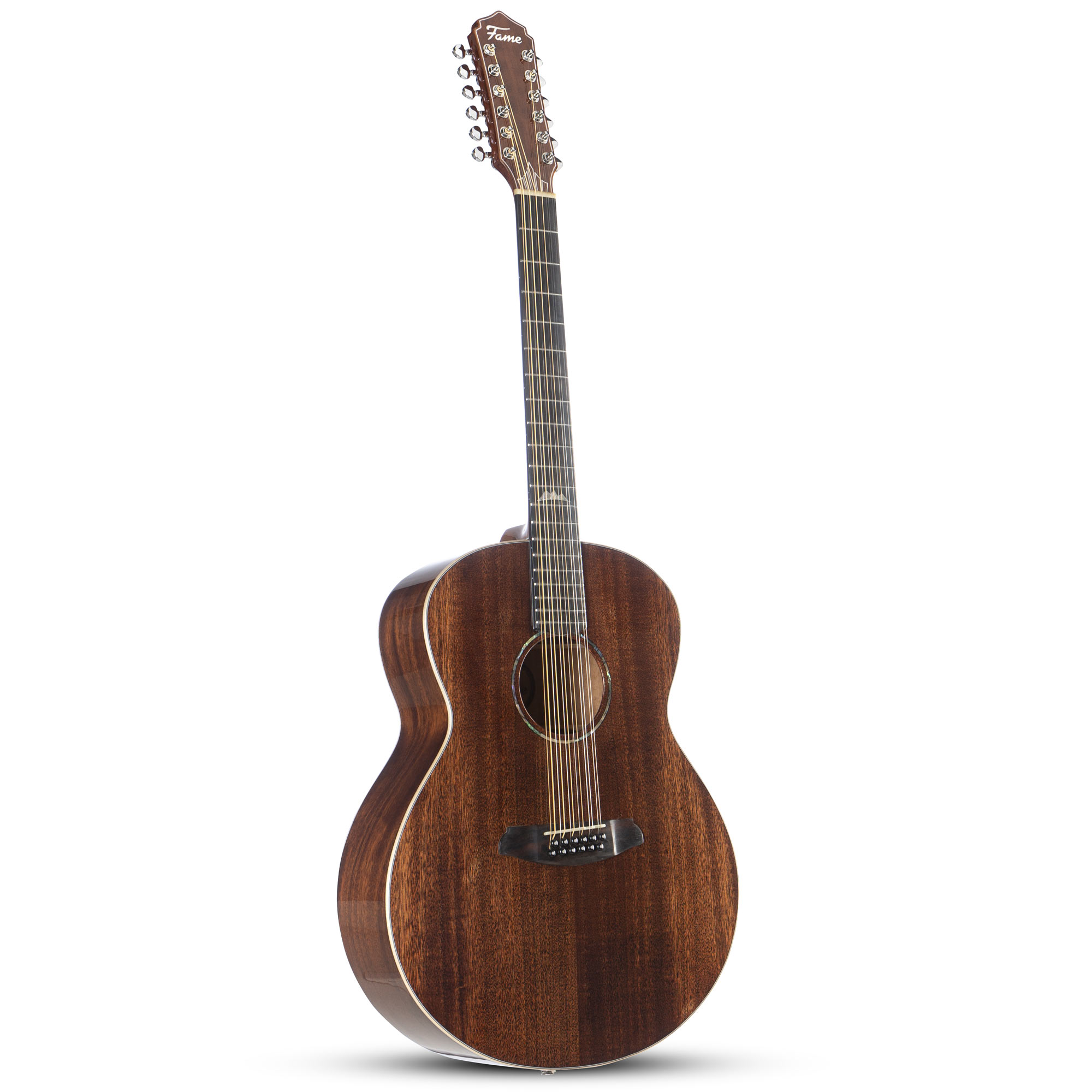 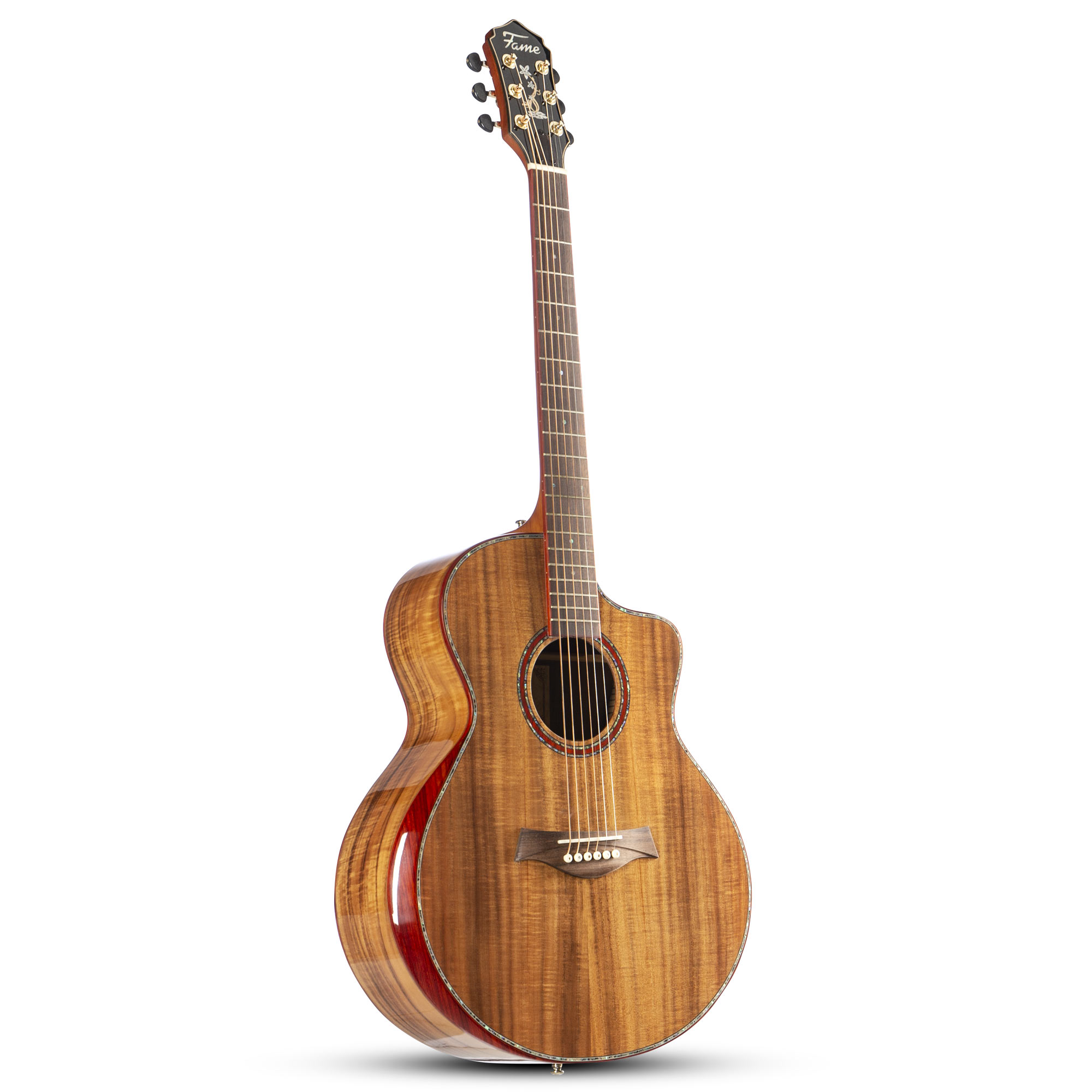 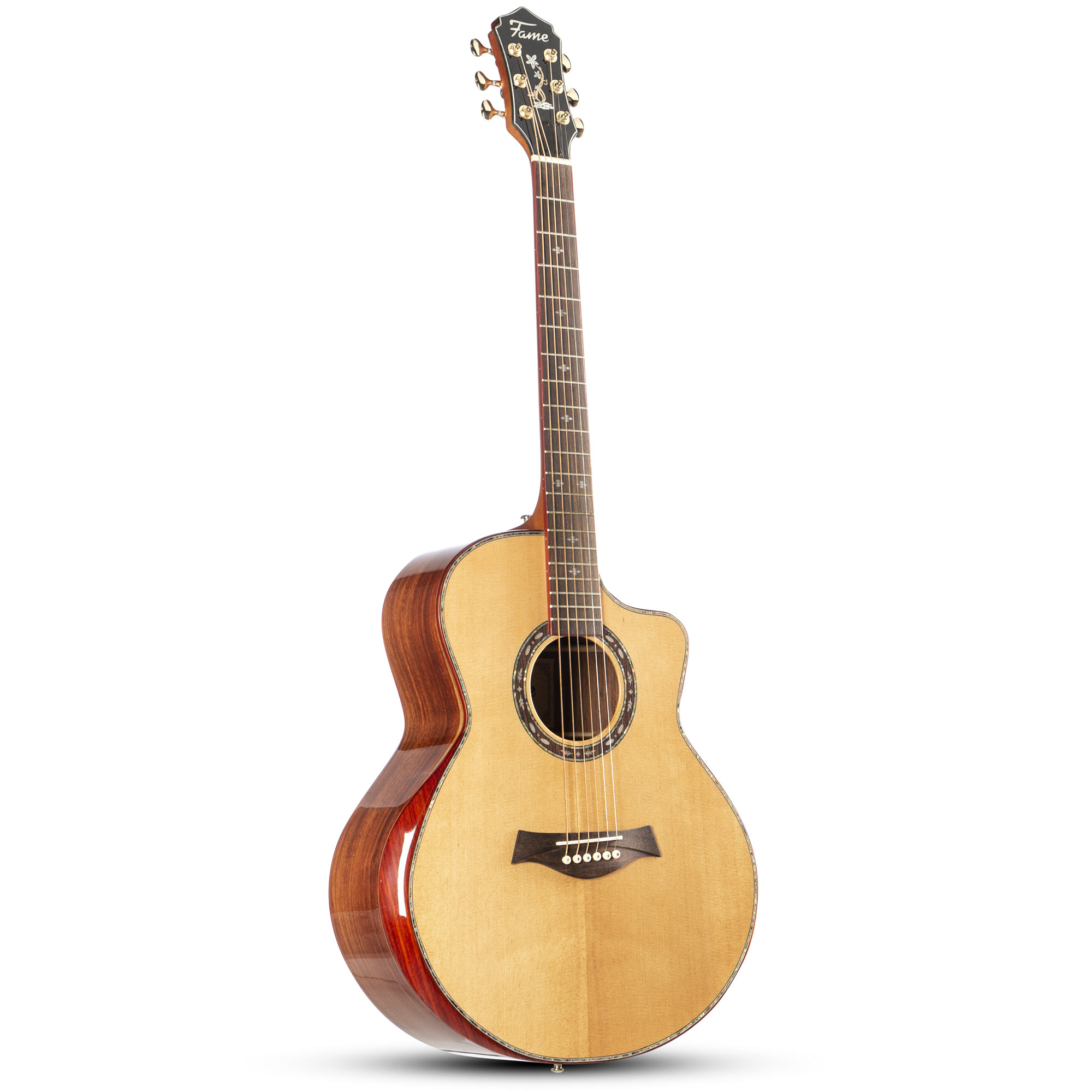 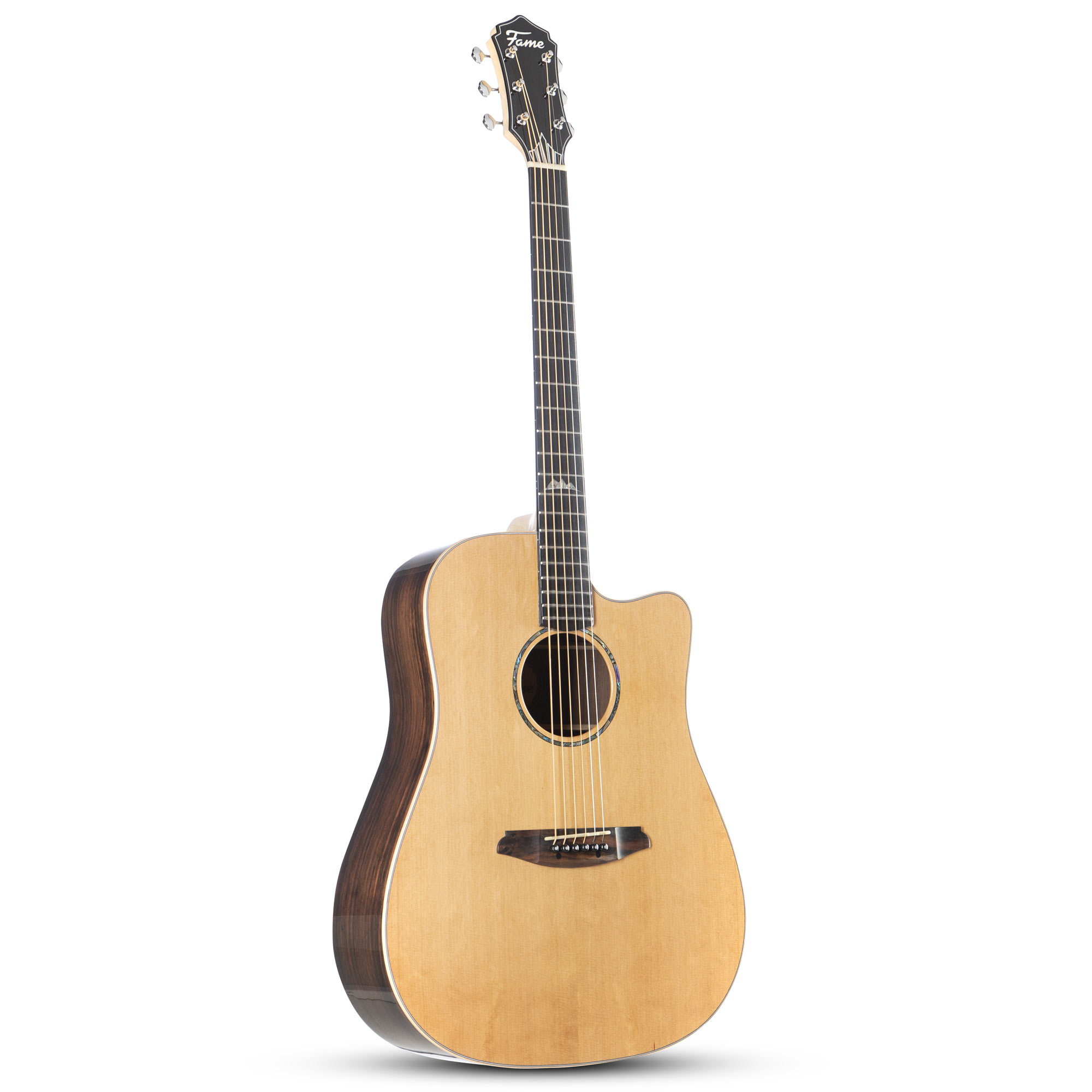