The Fame Baphomet II 4 20th Anniversary Gold Leaf is a handmade noble bass, which is provided with a limited finish of real gold leaf for the 20th anniversary of the Fame brand. Featuring an extremely chic wood selection and optimal playing characteristics, the electric bass offers the famously versatile Baphomet sound for attack-rich slaps and wide-ranging metal sounds. Accordingly, the four-stringer features a slightly arched ash body and a six-bolt maple and mahogany neck, whose flat “D” profile fits comfortably in the hand. Two active MEC Jazz single-coil pickups and an active 2-band tone control from the same company also ensure a versatile sound spectrum that skilfully covers every genre with high assertiveness. On the hardware side, the Fame Baphomet II 20th Anniversary is also well equipped with a WSC SI4 bridge and precise WSC JB15 tuners. 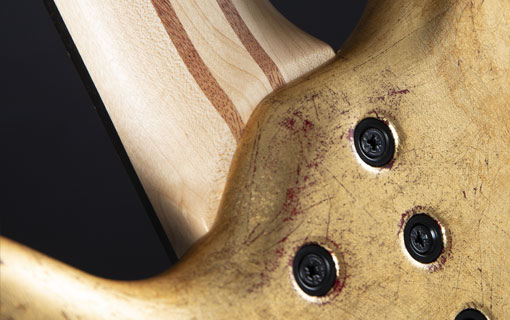 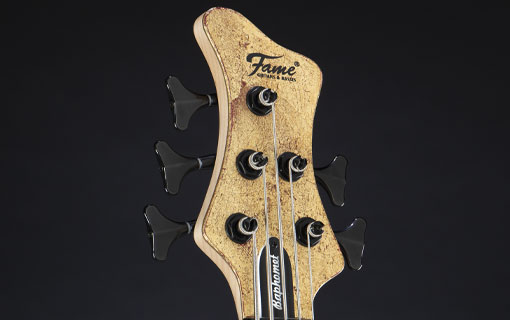 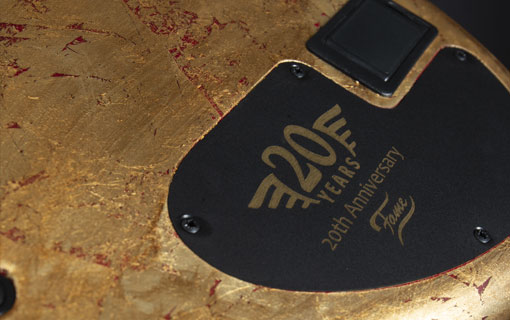 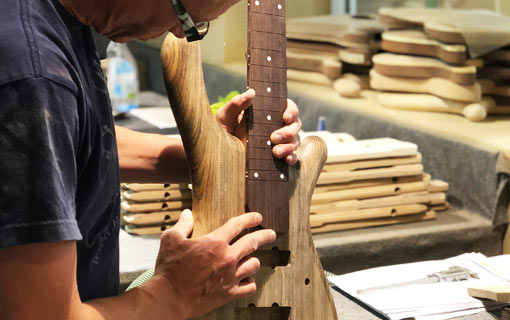 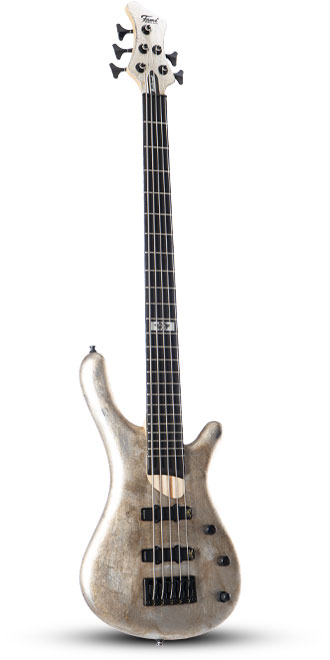 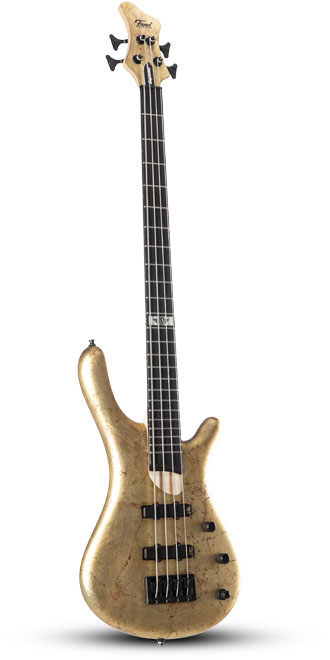 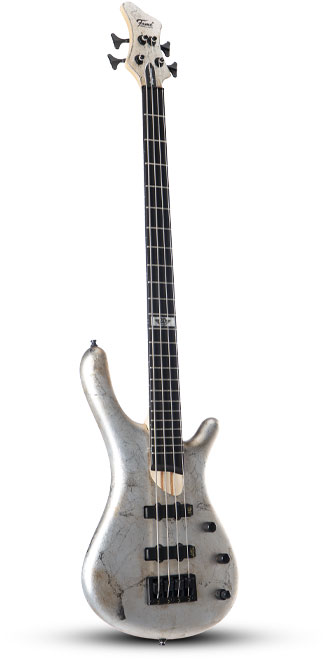