A true jazz box, the Fame SE Series Big Boy offers both the sound, look and feel of traditional archtop guitars. Made from classic ingredients and built to a proven recipe, the hollowbody electric guitar features a voluminous body that adds airy, warm, semi-resonant character to the sound of two Tron-style humbuckers with flexible switching on the amplifier played for all kinds of fun from jazz to blues to hotter rockabilly rock sounds. In addition, the Fame SE Series Big Boy offers stylish appointments with Grover tuners and a Bigsby-style vibrato in a uniform gold finish. 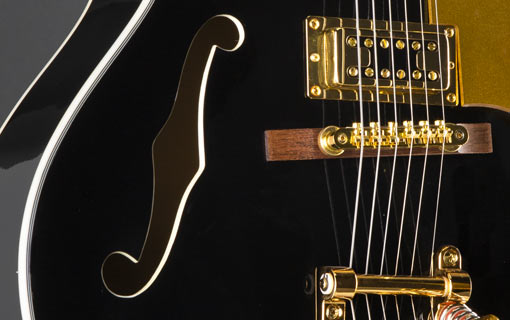 As body wood, the Fame SE Series Big Boy OR Orange relies on vibrant basswood, which provides the best resonance properties in proven laminate construction. Thanks to the tone bar installed under the bridge, the hollowbody remains free of feedback at slightly higher gain settings, making it feel right at home even in the tonal realms of typical blues crunch. In addition, the top has been given a figured maple veneer, whose three-dimensional flame makes for interested looks./span> 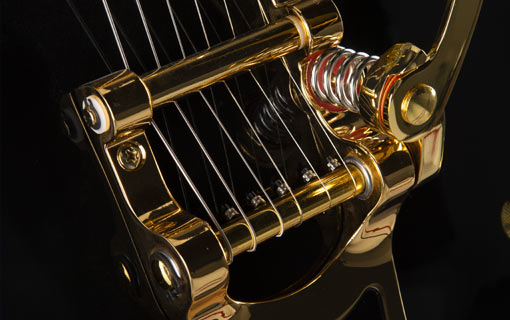 The functional and visually appealing hardware equipment of the Fame SE Series Big Boy Orange is composed of a versatile adjustable Tune-o-Matic bridge with rosewood base and an additional Bigsby-style vibrato for shimmering pitch modulations, while six Grover tuners on the headstock ensure absolute tuning stability. All hardware parts here are in a noble uniform gold finish. 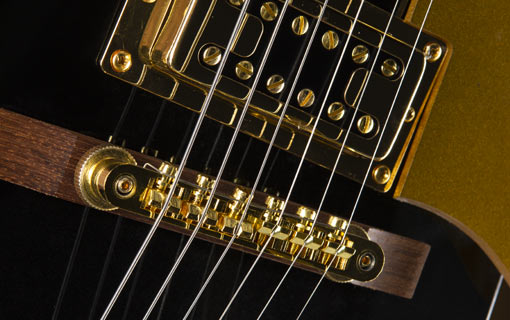 For sound conversion at the amplifier two Fame Tron-Style Humbuckers are used in neck and bridge position. The double coils with moderate winding and Alnico magnets conjure up a mild vintage output with extremely distinctive mid-range warmth to be able to assert itself appropriately in the band context at any time. Both pickups are switched via two 3-way switches as well as two volume controls and an additional treble control. 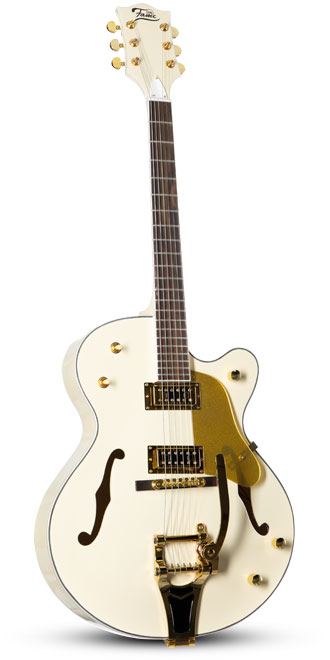 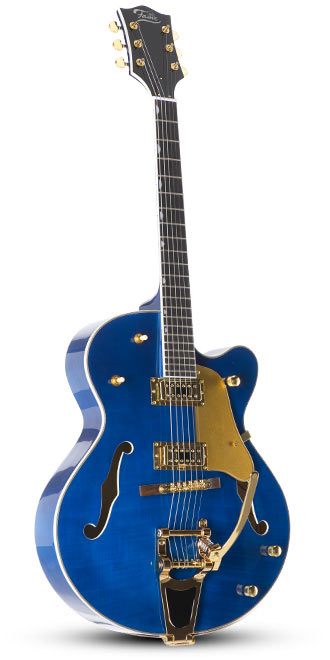 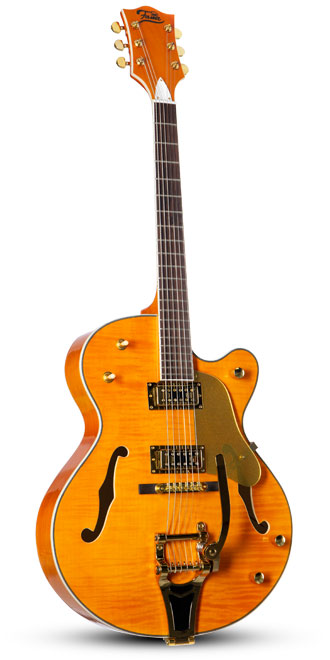